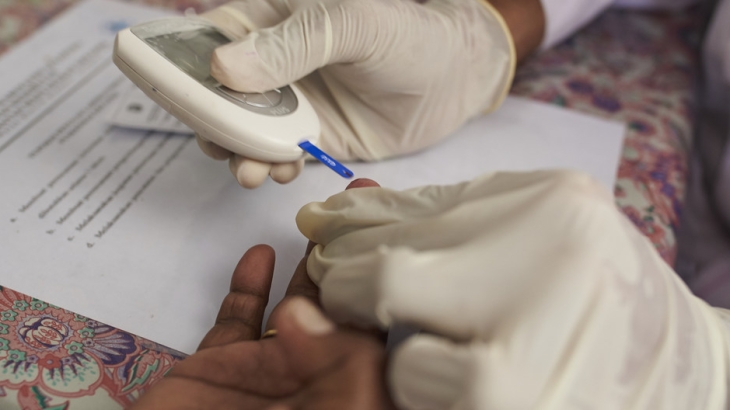 About 77% of all non-communicable disease (NCD) deaths are in developing countries—and those deaths, particularly in the 30 to 69 age bracket, have often been described as premature. With the recent global health crisis, experts now argue that the progress made on NCDs during the last few years has been backtracked.

The ‘Bringing NCDs back into the spotlight’ panel during the Future of Healthcare Week Asia on 22 November focused on the extent to which NCDs were prioritised and tackled as a global health priority set by the World Health Organisation, the United Nations General Assembly, and the Sustainable Development Goals 2030.

NCDs are usually associated with ageing, cardiovascular diseases, cancer, respiratory diseases, and diabetes. The latter being particularly prevalent in the Asia region. NCDs account for about 41 million or about 71% of deaths globally every year. It has become more steadily prevalent due to increasing life expectancy, urbanisation, sedentary lifestyles, and changing diets, amongst many other issues.

NCDs in the face of a global health crisis

Kuguru said Novartis prioritises three disease areas: cardiovascular diseases, cancer, and vision impairment. Around 520 million people are living with cardiovascular diseases globally and have been disproportionately impacted over the last two years. As for cancer, many of the therapies that happen in a hospital setting are being delayed. Breast cancer is a highly prevalent form of cancer in the region, particularly in Hong Kong, Singapore, Korea, and the Middle East. Worldwide, at least 1 billion people have a vision impairment that could have been prevented or still needs to be addressed.

Indonesia, according to Sudoyo, is the fourth-largest economy with a sprawling area, even pre-pandemic, which poses a geological problem: water. “The amount of islands and the sheer numbers of our population is a very big barrier in disseminating [in general] here.”

He added cancer was not generally thought of as a major problem in the country. The big problems it has are mother and child mortality, malnutrition, and environmental health.

Meanwhile, in Singapore, scheduled treatments and follow-up appointments have not been that much affected because of all the hospital protocols set. But, there was a lost opportunity for early detection because of the shutdown of screening services, particularly for cancer, noted Lakshmanan.

“The [SingHealth Patient Advocacy Network] worked closely with the Singapore Cancer Society to do several screening programs. Given the long-running nature of the pandemic, they are now putting in place different ways of getting people to come down for screening. For cases like rectal cancer screening, we mail the kits from pharmacies and patients can collect the specimen and mail it back outright,” he explained.

Malaysia has two scenarios, stated Farid. “The first lockdown was before vaccines were available. All the patients’ treatment appointments were on hold, people were not sure what to do, most of the hospitals were inundated with cases, and there was a near-collapse of the hospital system.”

After June, when the vaccine was made available, most Malaysian patients’ treatments resumed. With the lockdown and interstate travel very restricted, they used technology to assist patients, so treatment is uninterrupted and timely. Most of the 75 hospitals that collaborated or referred to MAKNA increased by 48%, and the number of patients that were referred to MAKNA increased by 28%. If they did not have the technology, Farid said, they would not be able to get the kind of support at that particular time. They have three mammogram trailers that were repurposed to become mobile vaccination centres and went to the rural areas to cater to through an outreach program.

When Farid looked at the recent Malaysian 2021 budget and the 2022 budget presented by the new government, he saw it was reduced by more than 50% in terms of healthcare costs. “We were not part of the compensation when the policy was made or when the budget was presented. They're still looking at trying to get a grip on how to handle the pandemic. As you know, our government is going to have a general election in 2022, so they are trying to look good. It doesn't look like a long term solution for us.”

He added that the country is in health, economic, humanitarian, and political crises. The progress being made around NCDs before the pandemic has ground to a halt. He worries it is going backwards and they are looking at several years of trying to restore and recover that progress.

Singapore shares the problem of case backlogs because of the focus on dealing with the pandemic, Lakshmanan said. “We are now beginning to take measures to leave the pandemic. More hospitals are also improving their protocols so that they can get back to business but the priority of lessening the burden of COVID on the healthcare system remains. For the disease, several clinical trials are being done for the COVID pill to address the symptoms. If this thing can be accelerated, we can get back to where we were as soon as possible. There is a Multi-ministry Task Force working on this.”

Sudoyo remarked how Indonesia was recovering quite well, although the sheer number of the population made it a daunting task. “We are already 52% vaccinated at this first activation. We are now bracing for our third wave which might or might not happen at the end of this year due to the holiday season. Maybe after this, we will be able to think more clearly. But in many places like in our capitals, we are already on the first level of house protocol. There has not been any talk about it in the media.”

Lakshmanan suggested that patient advocates and leaders of patient organisations must go to the ground and get patients and caregivers to get involved. “They need to put up a united front to the healthcare authorities and institutions to focus on the commonalities and have these conversations with the regulatory bodies and healthcare institutions.”

“The role of [pharmaceutical companies] is to hopefully be catalysts or enablers for this. If there could be some framework set up where they can come in and help create the capacity and capability for the patient organisations to come together and to present this united front, I think it will go a long way in helping us improve outcomes, not only doing this pandemic but beyond it.”

Novartis, according to Kuguru, believes that it is only through collaboration that there can be a difference in healthcare. As a global organisation, they have committed to working with patients and caregivers across the life cycles of medicines.

One of the partnerships they have funded in the Asia Pacific region is called the Asia Pacific Patient Innovation Platform. It is a collaborative partnership with the patient community with patient leaders co-created to support the evolving capability needs of patient organisations and drive sustained improvements in health care outcomes. Kuguru shared they had a summit in March of this year, which brought together close to 900 patient representatives across 300 patient organisations, representing 36 countries. The other part is the ongoing collaboration with other patient groups such as Rare Cancers Australia. The third part is research and survey.

Sudoyo closed the panel by saying how non-communicable diseases have been a blind spot, and it will take a village to bring them back from the blind spot to the spotlight.

“We saw what COVID did to people with other comorbidities, When I talk about the ‘village,’ it's [compose of pharmaceutical companies], government payers, healthcare professionals and its healthcare system, and us consumers. [We must be] diligent at taking the learnings of the past two years, not forgetting them, and making some important shifts, such as seeing healthcare not as a cost focus system, but as a driver of [gross domestic product] and growth."

TIBCO spearheads a roundtable on data-driven strategies in the telecom industry
The discussion will centre on the power of data and how it can bring the industry to the next level.
Co-Written / Partner
Nominate your successful customer experience initiatives at the Asian Experience Awards 2022 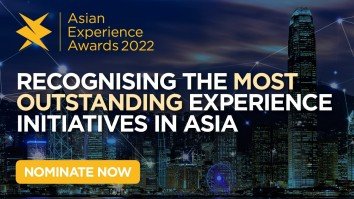 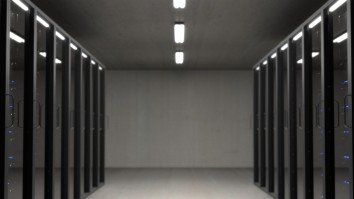 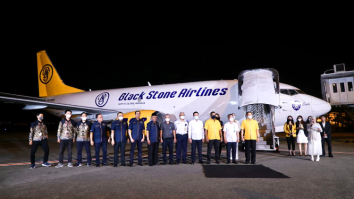 RGA-Black Stone Airlines kickstarts operation in Indonesia
Its plan to launch five planes was put on hold due to rising oil prices.
Aviation 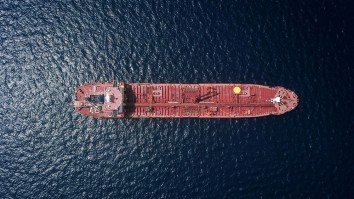 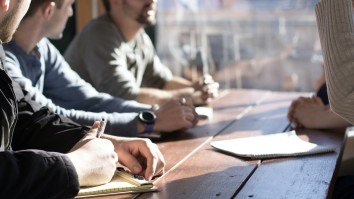 Why banks need more tech experts in their board rooms
Massive adoption of tech without critical tech advice from experts could spell doom for lenders.
Retail Banking
Asia’s healthcare tomorrow: Pivoting back to non-communicable disease 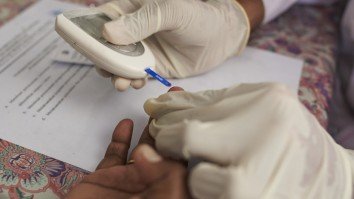 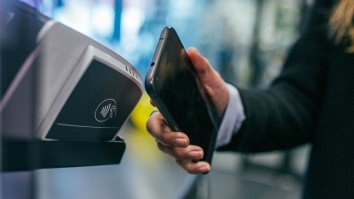 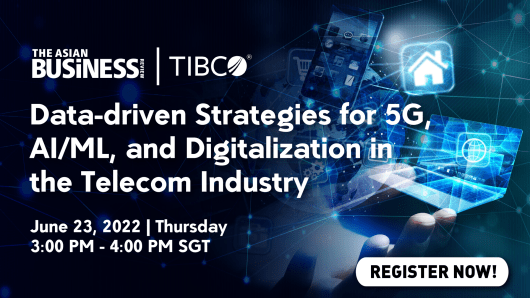 Co-Written / Partner
The discussion will centre on the power of data and how it can bring the industry to the next level. 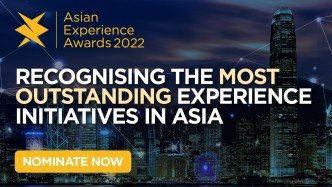 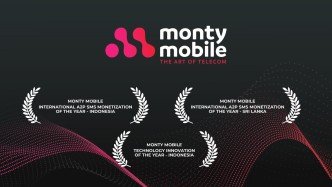 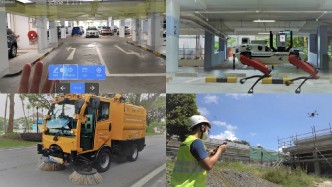 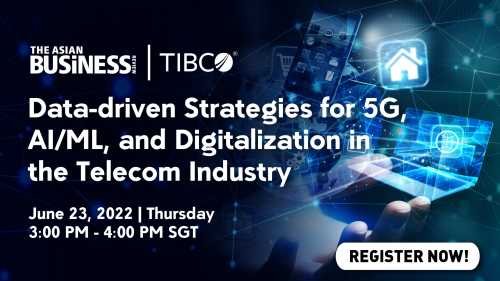 Co-Written / Partner TIBCO spearheads a roundtable on data-driven strategies in the telecom industry
The discussion will centre on the power of data and how it can bring the industry to the next level. 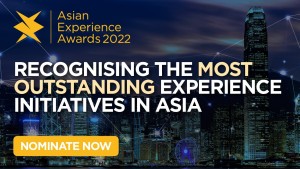 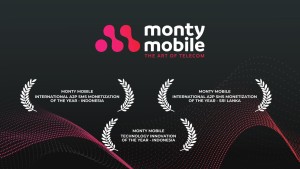 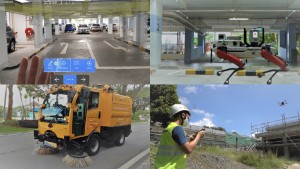 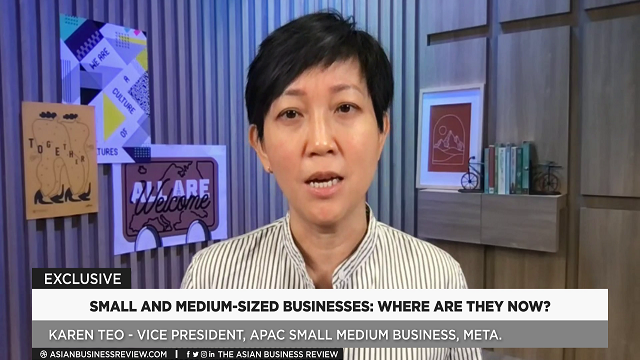 Data-driven Strategies for 5G, AI/ML, and Digitalization in the Telecom Industry

Co-Written / Partner
The discussion will centre on the power of data and how it can bring the industry to the next level.

Co-Written / Partner TIBCO spearheads a roundtable on data-driven strategies in the telecom industry
The discussion will centre on the power of data and how it can bring the industry to the next level.

Data-driven Strategies for 5G, AI/ML, and Digitalization in the Telecom Industry

Building resilience for the new normal